Can you run a house completely on Solar Power? 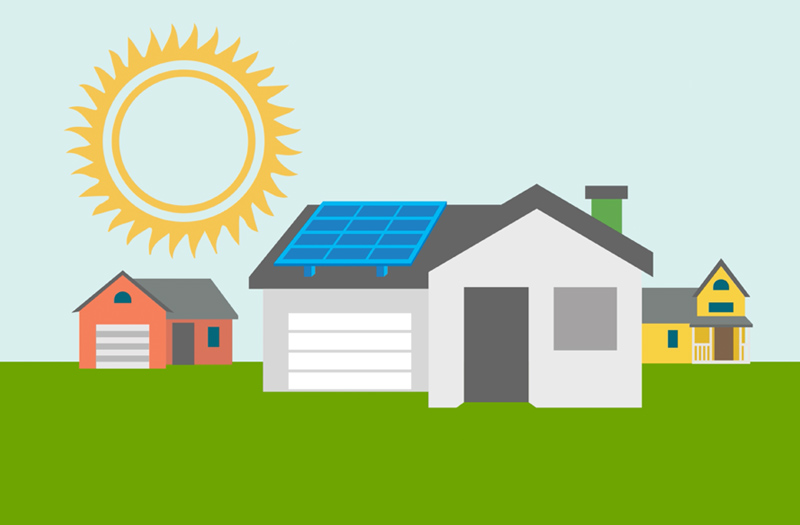 An answer to the question, whether you can run a house completely on solar power is yes! Especially in a country like India where we receive abundant sunshine throughout the year, it is convenient and beneficial to have residential solar systems.

Going completely solar you can reap good benefits but there can also be some potential drawbacks which are inadvertently attached to it. The best part about generating electricity through solar power is that it is completely free! The initial investment involves setting up the solar system can be a bit high depending upon your requirement. Solar power is quite efficient and is also free of pollution. But you must also consider the chances of foul weather that might cause a problem to your plans.

Off-grid solar systems are the ones that work independently off the grid and have batteries which can store the solar power generated by the system. The system consists of batteries, solar panels, grid box, charge controller, mounting structures, and balance of the system. But there is always a chance of an extended bad weather condition might cause problems for your electricity supply.

In On-grid solar system, if your system produces more power than is required, then the surplus can be fed back into the main electrical grid with the help of solar net metering and you can get credited for the same. Similarly, you can also use the traditional grid provided power during the situations when your system is not producing enough power.

While planning to run your house completely on the solar power, you need to also understand the financial and mental investment required. The infrastructure and working of a solar system are slightly complicated and hence the calculations involved should be precise. With the help of careful routing of a home’s plumbing, you can get hot water heated by the sun and since it is pumped through the house, the heat dissipated can be used to control the temperature of the house. The heat generated in this manner would also not add up to the home’s electric consumption. Although it might be a challenge to execute, in the year 2007, a successful experiment had shown how to heat and cool the house using a solar radiant heat system!

THINGS TO KEEP IN MIND:

Before finalizing to go completely solar, the first point to be considered is whether your house gets enough sunlight throughout the year to produce enough electricity. If your requirement is to run an 800-watt load for your home or less than 800-watt then 1kW solar panel is perfect for you. The solar panel installation requires 100 square feet of shade free roof space and to run the load, the first priority would be given to the solar system and second priority would be the grid or batteries. 1kW solar panel price in India for home depends upon the type of solar system.

The different types of 1kW solar systems include:

Also known as grid-tied system as it connects with the grid electricity system. The solar system with 1kW capacity produces 4-6 units per day on an average. Solar net-metering is installed which reads how much electricity you are using and the balance which can be exported to the grid. All the adjustments are made in your upcoming bills by the government.

Off-grid solar system or stand-alone power system is also known as a solar battery-based system. This system has a battery as a backup which helps you store the solar power which can be used during power cuts when the sunlight is not available.