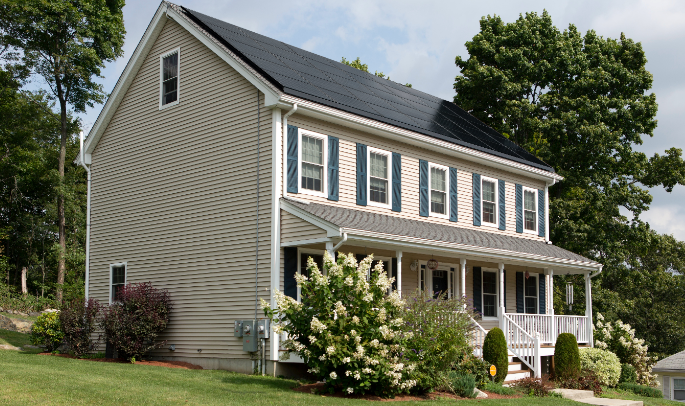 Rooftop Solar in India has been seeing a steady adoption, evident from the rising capacity addition every year. According to a Bridge to India report, India’s total commissioned rooftop solar capacity stood at 6130 MW as on September 2020, predominantly driven by the Commercial and Industrial segment. The Residential segment, which is in the nascent stage stands at 804 MW, which is approximately 14% of the total of 5880 MW of Rooftop Solar as on June 2020. However, with the changes in policy and business environment, the residential segment is poised to pick up the pace and is anticipated to have a significant share in the coming years.

The Ministry of New and Renewable Energy (MNRE) in 2019 launched the Phase-2 of Grid Connected Rooftop Solar Programme in which the Central Financial Assistance (CFA), or in other words subsidy, was accorded to the Residential sector. Phase-2 of the programme had revised the subsidy limits for individual residential houses to 40% for capacity up to 3 kW and 20% for capacity between 3kW to 10kW. The subsidy is based on either the benchmark cost mandated by the MNRE, or the discovered price in the tender, whichever is lower. The subsidy allows the homeowners to significantly reduce their share of the price paid for the rooftop solar system making it more affordable.

On the other hand, the equipment costs have significantly fallen over the past few years globally, which has been observed in India as well. The prices of solar panels which constitute almost 60% of project cost had fallen by almost 18% year-on-year as per Bridge to India.

18% year-on-year as per Bridge to India.

However, the drop in prices has been offset by safeguard duties in India against the import of solar modules to promote local manufacturing, which is also mandated as part of the Domestic Content Requirement (DCR). According to DCR, it is necessary to use indigenously manufactured solar panels to avail subsidy in solar projects. In addition to this, the shortage in supply has driven the prices higher during the second half of 2020. Despite temporary volatility in prices, the long-term reduction has helped Residential Rooftop Solar project costs to reduce significantly and help drive adoption. A major challenge that remains in adopting residential rooftop solar is the lack of awareness, which is being addressed actively by DISCOMS through community-level demand-aggregation programmes. Also, to make rooftop solar economically attractive, businesses in partnership with NBFCs offer financing options through EMIs at lower interest rates for longer tenures than traditional banks. 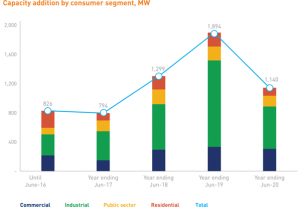 The percentage share of residential solar in the total rooftop solar capacity added in a year has been almost steady with it being at 11% in 2017, 10% in 2018 and 12% in 2019 and 14% up to June 2020. With the developments to promote residential segment, there is a strong sentiment for it to take off. Charukesh N R B Manager, Residential Solar