How to Improve Unsteady Target Growth of the Rooftop Solar System in India? 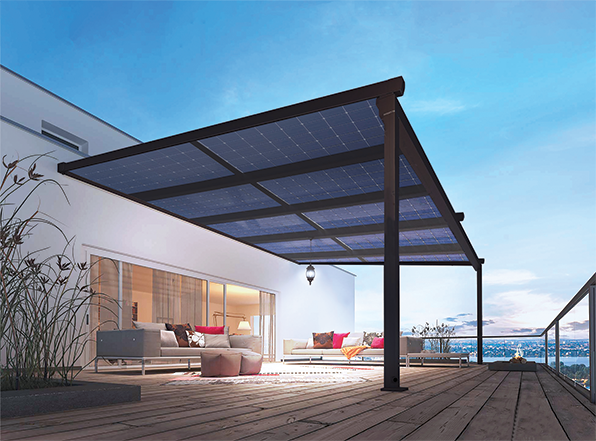 India is one of the fastest-growing economies in the world. The country has a huge potential and the opportunities are ever-expanding. Being a populous country, the electricity consumption is ever increasing, but electricity has been one of the major hurdles for the country’s progress. The government and some private companies of solar energy are taking the initiative to produce electricity within the Indian territory. Being India the world’s third-largest electrical producer, the country is still struggling to provide electricity to every part of the country.

If we talk about the production of electricity in term of percentage, 65% of the electricity consumed in India is generated by thermal power plants, 22% hydroelectric power plants, 3% by nuclear power plants and remaining 10% from other alternative sources like solar, wind, biomass, etc.

The production of electricity with solar is less than 10%. Solar has a huge potential and can be used to produce energy equivalent to thermal and hydro. The world is changing and maybe it’s time to look at things from a different perspective. The country has huge potential but only if they make use of all the resources.

The solar trend of the west is slowly entering the Indian market. The government and the people of the country have finally started realizing the potential of solar power. The government of India has set a target of 175 GW of installed renewable energy by 2022 of which solar alone is expected to be the single largest component at 100 GW.

There are multiple things to improve and a lot of work to be done in different areas of energy production and energy consumption. To improve the unsteady target growth of the rooftop solar power system in India, people should be educated about solar.

Educating people about solar is highly essential. They must be aware about the industry and the government support to the industry. A number of myths that have settled in the minds of the consumers have to be removed, the importance of a greener future to be explained and the number and amount of subsidies available to them to be told, only then will they be willing to go for solar.

It is important to inform people about the following benefits of solar.

Educating people will allow them to know more about the benefits, as well as the various procedures, enabling them in the process of mounting a solar panel.

With India signing the Paris Agreement and pledging to reduce global climate change, the need for Solar has increased. The Solar industry has now started receiving ample of support from the government, in the form of subsidies and policies. Self-sufficiency in energy is the need of the hour and steps to achieve the same are being taken.

A higher push gradually, will further help the industry to flourish.

A renewable source of power supply, Solar, has great potential in a country like India. If used and implemented properly solar can the best power generating medium. With the correct government support and awareness, solar has a long way to go.

Millions of homes in both urban and rural India have [...]

Harness  the solar power abundantly present around you with the [...]

Take a Step Towards a Better Future with Home Solar

The government of India is promoting solar power as a [...]