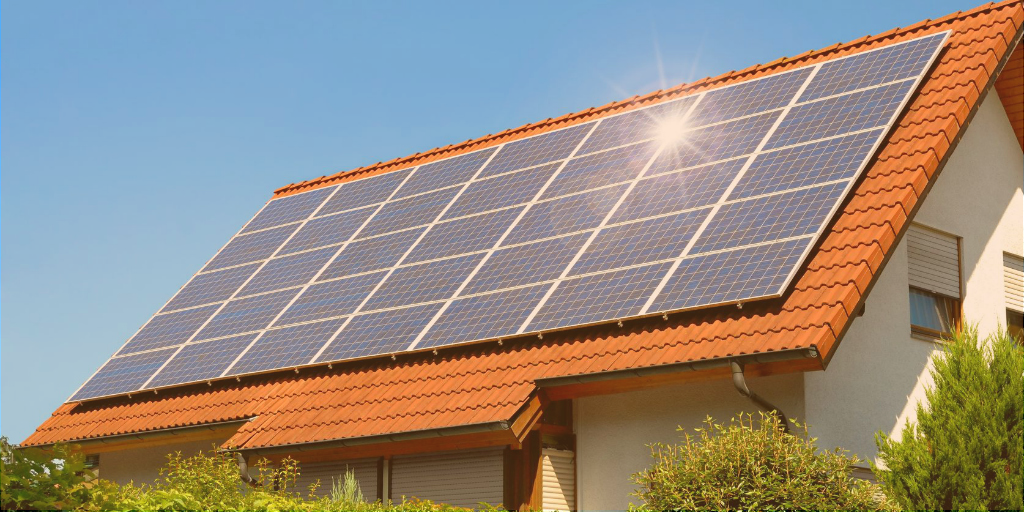 Solar energy has transformed electricity production into a cheaper, environmentally safer, and sustainable process. Its accessibility now has allowed for individual homeowners to use them on a smaller scale as well. So much so that India is now the third largest producer of solar energy globally, driving an aesthetic trend towards patio spaces and rooftop gardens that have solar panels.

What is the science behind solar electricity?

Sunlight consists of photons (tiny particle waves), and essentially, a solar panel absorbs the photons and transforms them into electricity. Every solar panel is multi-layered, with the topmost coat being glass to protect the smaller units underneath it. These smaller units are called solar cells and contain silicon in them, the silicon present collects electrons and passes them through a positive and negative charge, creating solar electricity in the process. The energy obtained from this movement back and forth is DC electricity (Direct Current), and it needs to be transformed into AC (Alternating Current) for usable solar electricity to power homes. This is done using the system’s inverter present in the construction of the solar panel itself.

What are some factors that affect solar electricity?

If you are looking to go solar, here are a few things to keep in mind for your home solar plant:

If your home’s roof has access to direct sunlight, unencumbered by obstructive trees or large shadows of other buildings, chances are that a solar system for home electricity is a suitable option. If this is not the case, you can still benefit from solar electricity! Community solar plants allow for a shared distribution of electricity from a location in your local community that does have access to strong sunlight.

The ratio of cloudy days to sunny days of the year is an important aspect to consider. This does not mean that cold climates are incompatible, in fact, snow can sometimes help reflect sunlight strongly onto solar panels, increasing their production!

Your home solar plant needs to have a correct tilt towards the sun to optimise its performance. While the average tilt is between 30 to 45 degrees, a solar specialist can give you a more accurate figure according to the specifics of your space.   Solar power popularity in India has also been steadily increasing, driven by the country’s immense solar potential along with a youth-driven desire to find sustainable energy alternatives that are functional, trendy, and environmentally friendly. Solar panels for the home are getting cheaper, while also providing the advantage of having a constant source of back-up electricity for nighttime. In conclusion, solar panels have a simple to understand science behind them, allowing you to approach the process with transparency. Get started with information on a solar plant for your home, click here to know more about HomeScape, a leading rooftop solar option that balances visual appeal with functionality.