Role of batteries in the Solar Revolution 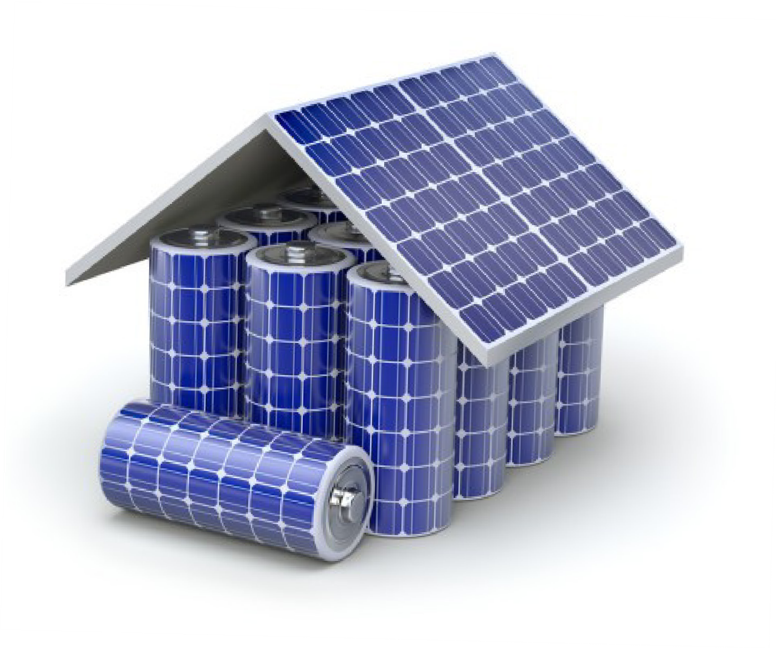 With rising concerns on climate change, the world is looking for sustainable alternatives to everything, whether it is the choice of clothing, home goods, or energy sources. India, as well, is doing its share with finding alternative resources to non-renewable elements. One such aspect is the source of power generation and switching from the use of non-renewable fossil fuels to more sustainable energy sources like solar power. In a country like India, the availability of solar energy is in abundance, and its potential is endless. The only challenge, however, is its effective utilisation.

The concept of solar energy and PV (photovoltaic) systems has been around for decades now. In this system, installed solar panels collect the energy from the sun and convert it into electricity, which works reasonably well as the main source of power supply. However, the main drawback of a traditional PV system is that, once the power supply is off, the entire solar system shuts down. This has led to an overall shortcoming in terms of actually switching to a more reliable source of alternative energy, which is where batteries come into play.

How have batteries influenced the solar sector?

Batteries play a crucial role in the solar power sector. The concept of “solar-plus-storage” is widely popular in western countries and has tremendous scope in India as well. Also known as the off-grid solar system, this stores power in batteries and can be used when the principal power supply system defaults. Solar batteries act as energy banks by storing the energy produced by the solar panels. This stored energy can be used at any later point in time. Unlike PV systems, power cuts do not affect the energy supply. This means that solar energy can be utilised even when the sky isn’t shining. Solar batteries, in short, surpass every hurdle that gets in the way of optimum utilisation of solar energy.

How beneficial is it for homeowners?

Here are a few advantages of switching to battery-mode or off-grid solar system for homeowners.

Why do we say India benefits the best by switching to off-grid?

India is a developing country, with most of its population still residing in rural areas. With all its geographical diversity, India has a challenging terrain, which makes it technically and economically impossible to install traditional grid power. Connecting to the primary electrical grid can be a challenge and incredibly costly in this system. However, off-grid can be installed with ease, and with almost no installation costs. Power outages are another common occurrence in India. Be it due to the structural challenges a country like India faces or due to unavoidable calamities. Off-grid solar energy systems are reliable in these situations as these systems store energy and are always prepared to provide backup.

Why is India not yet in the race of optimum utilisation of off-grid solar system?

While countries like the USA and Europe are far advanced in exploring and employing energy using off-grid solar systems, and with companies like Tesla coming up with home battery products called Powerwall, India is still lagging due to the poor awareness among its population. Necessary information regarding the system and the benefits one can yield are not promoted in the country through any means to educate the citizens. This creates a considerable drawback behind the usage of this system.   More recently, the Indian government started an initiative to address this problem. Emphasis is being put on switching to a more reliable and efficient energy source by providing solar energy schemes and subsidies to the public. India is expanding its horizon on the solar energy front and is sure to see improvements shortly.

A few of government’s schemes in promoting solar energy

The average cost of installation of a rooftop PV system is Rs 60,000-70,000. To improve solar energy, the government pays 30% of the installation costs and also offers tax credits. So, people now only have to pay Rs 42,000- 49,000 for the installation. A total of 40% subsidy can be claimed when the benchmark cost is higher than the price of the unit. The tariff rate for rooftop solar is 17% cheaper when compared to industrial or commercial tariffs. Homeowners who are opting for rooftop PV systems are granted “priority sector loans” by the Indian national banks of up to 10 lakhs. 60% of the entire cost of residential solar system installation is eligible for a bank loan, while the remaining 40% is subsidised. The loan can be repaid in the next five years according to the interest rates set by the RBI. Consumers are eligible for generation-based incentives of Rs. 2 per unit of electricity generated. Under this scheme, a customer can earn up to Rs 2,000-3,000 per annum. Moreover, people also have an option to sell excess electricity according to the norms set by the government. As a result, the government has encouraged in driving the country towards a global leader in the solar energy sector. The citizens of India finally see the bright side of solar energy. Solar energy is currently looked at in a new dimension- as a profitable investment rather than a cost to incur.