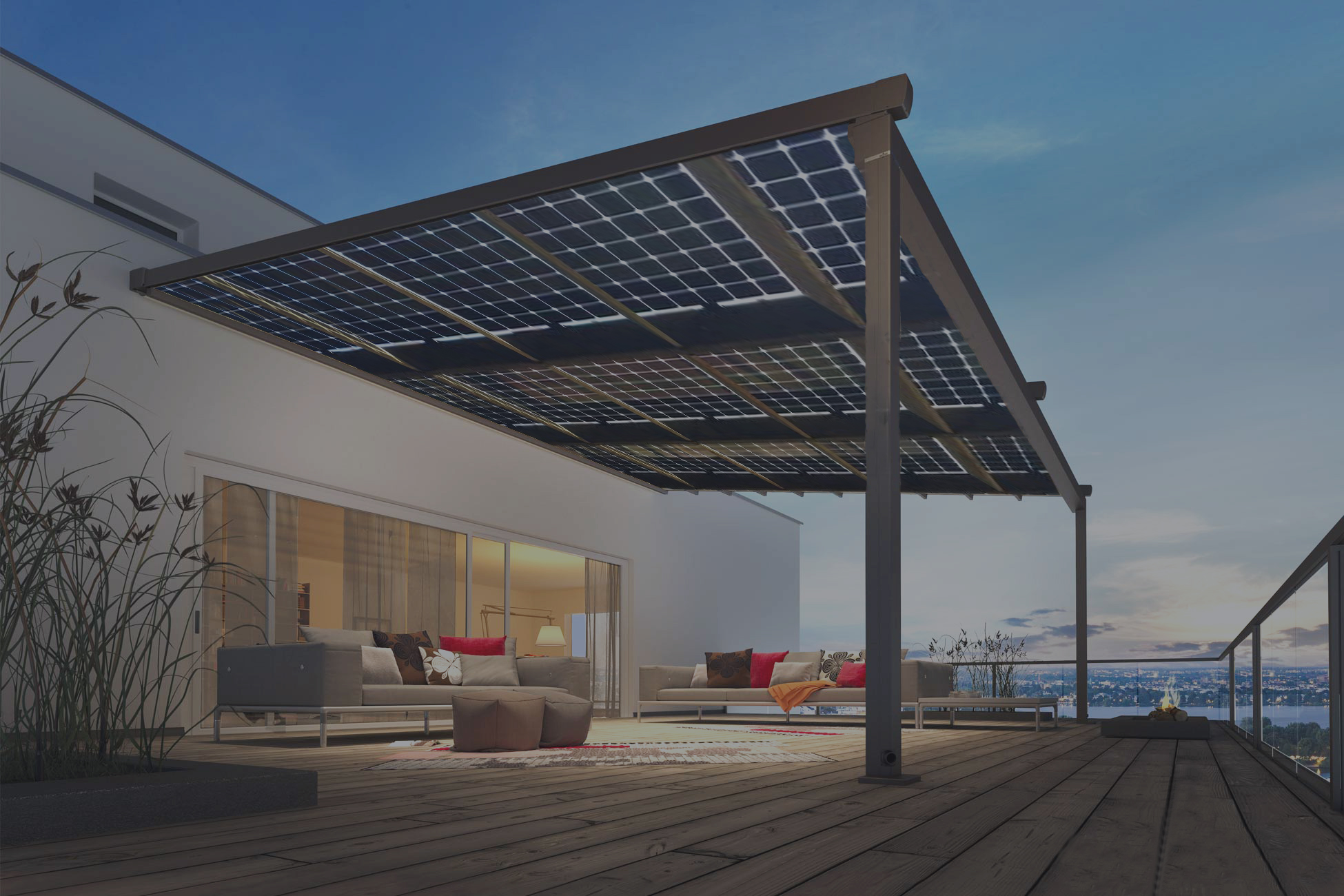 Going solar can cut down the electricity bills drastically, by around 90% for home usage, thus diminishing a significant factor of the budget. A solar panel would convert the energy from the sun into electricity. An inverter would then convert the electricity produced by the solar panels from direct current (DC) to alternating current (AC) for being used in the house. A bi-directional meter would then measure the net energy used and produced. If there is excess energy being used, that energy would be transmitted to the electrical grid, for which it would record positive credits. If the energy requirement is more than the quantity produced, then it would record the excess energy that the grid would be supplying to the house, thus, negative credits. Net of the credits would be considered while the person pays the electricity bill. The resident can also opt for an Off-grid system. This system operates not with a grid but with a battery. The battery stores the excess energy generated during the sunny hours only to use it during the night or on cloudy days.

Solar power industry of India is developing at a very fast rate and India has become globally the lowest cost producer of solar power in June 2019 as per the report, Renewable Power Generation Costs in 2018 by IRENA. The Indian government has set the target of generation of 100 GW of solar capacity (including 40 GW from rooftop solar) by 2022, targeting an investment of US$100 billion. By the end of 2015, almost one million solar lanterns were sold in the country, reducing the need for kerosene; 1,18,700 solar home lighting systems were installed, and 46,655 solar street lighting installations were provided under a national program, and over 1.4 million solar cookers were distributed in India. In January 2016, Prime Minister Narendra Modi and French President François Hollande laid the foundation for the headquarters of the International Solar Alliance (ISA), that will be responsible for focusing on promoting and developing solar energy and solar products for countries lying wholly or partially between the Tropic of Cancer and the Tropic of Capricorn. The alliance of over 120 countries was announced at the Paris COP21 climate summit. These steps and statistics show clear support of government to the solar industry, enhancing the trajectory of growth, and strengthens the reason to believe in investing in the same.

The excessive pressure on natural resources acts as a threat to nature. Not just that, it has been long observed that generating power from thermal power plants using coal and petroleum produces harmful emissions which are again harmful to humanity and nature as it is increasing the global average temperature thus causing global warming. Using residential solar plant avoids carbon emissions thus generated from thermal power plants. Till date, Amplus Solar’s contribution to the sustainability is equivalent to planting 14 million matured trees absorbing carbon dioxide for 40 years, 12.19 million tons of carbon dioxide emission avoided, 12.19 million barrels of oil reduced and 1.5 million liters of water saved.