Innovations in solar energy for personal use 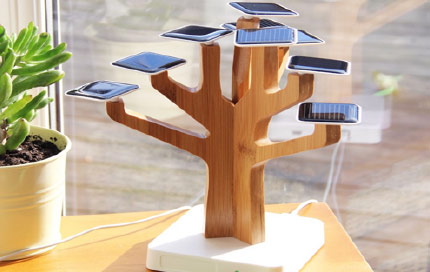 Did you know that there are T-Shirts that activate in sunlight? Although they don’t have any solar-related components, just a special dye and treatment displays the design only in the sun.

Such innovations have always created a buzz and sometimes even helped the product succeed in the market. Solar energy for individual use has also witnessed multiple innovations across product categories.

Solar-powered calculators and watches are among the first handheld consumer devices to run on solar power. Since then, we have witnessed that almost all appliances used at home can be powered by solar. Everyday gadgets such as solar-powered power banks, security cameras, security locks, laptop keyboards, speakers, garden lights, and many more gradually started appearing in the market.

On the other hand, the use of solar energy in the residential segment has undergone a stark shift from the early days of solar cookers and solar water heaters to the present day where solar energy can be used to power an entire house.

As per India RE Navigator, residential solar currently accounts for 14% of the total rooftop solar installations in India, which is dominated by Commercial and Industrial segments. With solar for home requiring rooftop space which is not abundantly available, considering the high-rise in urban cities, it is thus necessary to innovate to address this issue. In the U.S, Tesla has come up with a solar-roof, an alternative to the traditional tiled-roofs serving a dual purpose of the roof as well as getting the benefits of solar without the need for additional space. Although this is best suited for individual homes, it addressed the concern of allocating some additional shade-free space.

Another interesting innovation is by a startup named Grouphug Solar, which has come up with a modified version of mobile chargers. Their window solar charger can just be hung on any window with incident sunlight and used to charge their mobile phones. Although it won’t power the entire house, it is a way to bring solar to people who otherwise cannot access it. In order to serve the commercial segment, they even launched custom solar panels  where they have installed quirky designs suited to the vibe of the place. One such design is what they call as the SOLARCAT.

With Design Thinking principles encouraging the adoption of Human-Centered approach to problem-solving, the world has seen multiple innovations supported by ingenious designs. It is now the time for solar to reach every individual in one manner or the other with the help of such schools of thought. It helps people make a conscious effort to contribute positively to the environment and at the same time benefit out of it, which allows them to understand the discourse on sustainability and its power to influence their livelihoods. This ideology is based on Julian B. Rotter’s 1954 concept of Locus of Control which mentions how a high Internal Locus of Control (the belief that the action that I take as an individual affects the society) can help solve a lot of problems in the world. Solar is here to stay and only needs nudges to be adopted by the larger population.

A pass out of the Post Graduate Programme in Sustainable Management from IIM Lucknow, Charukesh is currently working with HomeScape Solar, from the house of Amplus Solar (a PETRONAS group company in the Renewable Energy sector).