Consumers can’t differentiate between traditional electricity or solar power as far as functionality is concerned. But, the modern, aware and conscious consumer today is concerned about where their electricity is coming from. It is well known today that renewable energy, especially solar energy, is superior to coal-based electricity in terms of the impact each has on the environment.

But, how do they compete with each other on other performance parameters such as energy cost, support from government, installation cost etc. to name a few. Electricity produced by your residential rooftop solar works well for you and for the environment. While there has been a steady increase in homeowners switching to green energy, primarily solar, some are still weighing the pros and cons of it.

The residential solar installation offers long-term benefits with little to almost no commitment from homeowners. By educating ourselves about all these benefits solar power offers, a more informed decision can be made.

Is solar power the right choice for Indian homes? Let’s deep and dive and conclude.

Electricity costs, over the years, have seen major surges due to the fluctuating fuel costs (coal and natural gas), and import restrictions. On an average, per unit of cost of electricity in India is between ₹4-6  if the monthly domestic consumption is between 101–200 units. But, it varies significantly from state to state and if your consumption is higher.

Owning a rooftop solar PV system can help protect your home against these fluctuations in electricity tariffs. This also lowers your monthly electricity bill by up to 90%*. Moreover, the average cost of a rooftop solar structure design and installation is between ₹40,000-60,000 per kWp, which drops even lower after subsidy and accelerated depreciation savings. Considering its remarkable lifespan of over 25 years, you basically get electricity free for life, once you recover your investment cost.

The Ministry of New and Renewable Energy (MNRE) is promoting residential solar installations by providing subsidies. A rooftop solar PV system and its installation costs approximately ₹40,000-60,000 per kWp. Another ₹25,000 per kwp will be added to this cost if you decide to use a battery storage solar hybrid system.

The government offers a subsidy of up to 40%* (up to 3 KWp) on the benchmark cost of residential rooftop solar. Furthermore, accelerated depreciation of 80% is also available under the Income Tax Act. As a result, ₹28,000 per kWp would be the approximate cost of a typical rooftop solar PV system after adjusting for subsidy. However, remember that solar benchmark costs vary from state to state and so does the subsidy offered.

For a domestic consumer, who wasn’t paying anything earlier for the installation in case of traditional electricity, they have to incur an upfront investment, which is the cost of owning a solar power system for their homes. So, definitely they are bound to find Solar power for homes capital-intensive at the onset. Homeowners have to pay a significant upfront cost of buying and installing residential solar equipment in their homes. The solar panels consume the largest share of the overall rooftop solar system. Other equipment needed for a residential solar system includes an inverter, a bi-directional meter for net-metering system, electrical cables, and module mounting structure. Depending on your preference, your solar power installer may also suggest that you buy storage batteries and a monitoring system.

However, this cost is counterbalanced as you start receiving savings in your electricity bill from day 1, and these savings will continue for the entirety of your system’s useful life, which is over 25 years. Moreover, you will also earn electricity credits if you transfer excess energy to the government grid at the end of the billing cycle.

Unlike coal-powered electricity that releases toxic visible emissions, solar power generation is a clean and green energy source which is good for the environment. India’s rapidly increasing need for energy is met mostly by coal and this has resulted in growing carbon emissions. However, as efforts are made to boost power generation activities from renewable sources, the carbon emissions will slowly but steadily decline. India has already pledged to go carbon neutral by 2070.

By decreasing our dependence on fossil fuels, solar is contributing to a healthier environment. Every home that decides to go solar can aid in reductions of carbon emission in the country, which is as good as planting numerous trees.

The advanced rooftop solar structure design is highly potent and durable to withstand harsh climate conditions. The day-to-day solar maintenance is almost non-existent. You are only required to do standard cleaning once a month to ensure there is no dust or debris deposited on the smooth glass surface of your solar panels which is crucial for efficient solar power generation.

Independence in Case of Off-grid (solar plus battery solution)

If you don’t connect your residential rooftop solar system to the grid (also called an off-grid solar system), your house won’t be impacted by power outages. You’ll likely have to get a higher generation capacity system suitable for your maximum consumption that can power your home and still produce a surplus to be stored as backup on your battery storage. This will be used during night hours or on days when energy production is not optimum due to weather conditions.

Solar equipment prices have declined sharply over the last 2 decades. The installation of rooftop solar PV systems in India is increasing as government subsidies make solar more affordable for many homeowners.

From a homeowner’s perspective, solar PV is considered competitive when the per-unit cost of solar electricity generated is less than or equal to the per-unit tariff of grid electricity. This is called grid parity. With governments support, both off-grid and rooftop segments are expected to become an economically viable alternative as they achieve price parity with traditional electricity tariffs.

Expert residential rooftop solar providers can answer all your doubts related to solar. HomeScape is one of the top rooftop solar companies in India and has enabled many homeowners to switch to solar. We specialise in on-grid and off-grid solar power systems and provide our customers, an end-to-end solar solution.

Our residential rooftop solar systems are safe, aesthetically pleasing and built to last for more than 25 years. We further ensure complete protection by offering 25 years of performance warranty of your solar system. We also help you monitor the health of your entire solar plant by offering a smart remote monitoring system through a customer app. It gives you a real time solar energy generation, energy used, and money saved, as well as show your environmental contribution. 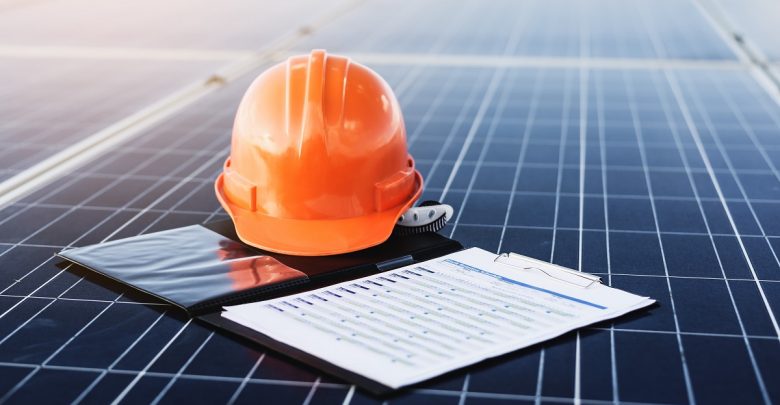